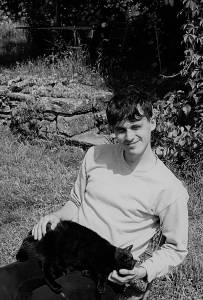 Benjamin is research and communications coordinator at PILC. He previously (2019-21) ran our EU homeless rights project, set up to monitor and defend the rights of homeless EU citizens around Brexit. He has written widely on migration, homelessness and related topics.

He has worked as a housing and welfare adviser at Hackney Migrant Centre, a community worker at Praxis, a refugee caseworker at the Red Cross and an independent mental health advocate (IMHA) at Mind.

He has also been involved in setting up and running grassroots groups, projects and campaigns around migrant destitution, no recourse to public funds (NRPF) and the deportation of rough sleepers. He is interested in participatory action research and other collaborative strategies.

In a previous life he worked as a writer and editor in publishing and film distribution.

He has a PhD in comparative literature and an MRes in East European Studies.