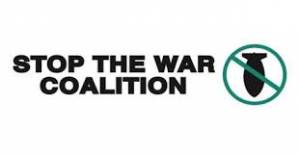 StW was founded in September 2001 after the 9/11 attacks. It has campaigned to prevent and end wars in Afghanistan, Iraq, Libya, Yemen and elsewhere. StW opposes the British establishment’s disastrous addiction to war and the squandering of public resources on militarism. It is committed to supporting Palestinian rights, opposing racism and Islamophobia and defending civil liberties.

StW is a peaceful mass-democratic organisation. It has organised dozens of national demonstrations, most memorably on 15 February 2003, when up to two million people marched in London to oppose the Iraq War in the largest demo in British history.

Earlier this year PILC was instructed to apply for core-participant status on behalf of StW and some of its elected officials. It had become clear that StW was targeted for surveillance, monitoring and infiltration by the Special Demonstration Squad (SDS), an undercover unit of the Metropolitan Police. We know of several officers who infiltrated the organisation.

In response to the decision, Lindsey German, convenor of the Stop the War Coalition, said:

‘Stop the War, which has always been an open and democratic organisation, has engaged in mass mobilisation against Britain’s wars, particularly the war in Iraq. It is shocking that undercover spy cops were used against the biggest mass movement this country has seen.’

‘We welcome the decision of the UCPI to grant core-participant status to the Stop the War Coalition. StW led opposition to the Iraq War in the UK and has consistently opposed further intervention in the Middle East, including the disastrous ongoing war in Yemen. Its infiltration by undercover political police raises very serious questions.  Why was a mass democratic organisation infiltrated? Why does the state want to spy on and organise against those campaigning against war? Who gave the order to infiltrate the Stop the War Coalition? These issues must be addressed and those responsible held to account.’