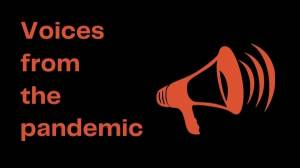 On 12 May 2021 Boris Johnson acceded to mounting pressure by announcing a public inquiry into the handling of the Covid–19 pandemic by the UK government and other statutory bodies.

In the first in a series of blogs, PILC legal caseworkers Izzy Mulholland and Saskia O’Hara consider what the public inquiry should aim to achieve in terms of justice, accountability and representation.

Most remaining Covid-19 restrictions in England are being lifted today despite concerns about the spread of the Delta variant of the virus.

The current estimated UK death toll resulting from Covid-19 is 152,397. While larger countries such as China, Brazil and Russia have experienced higher overall death rates, Britain has one of the highest excess death rates in Europe, and indeed the world.

The impact of Covid-19 in terms of social and economic justice is less straightforward to measure. But it is clear that certain groups—including precarious workers, undocumented migrants and those living in overcrowded or inadequate accommodation—have been disproportionately affected both by the pandemic and the government’s inadequate response to the crisis.

On 12 May 2021, under pressure from campaigning groups such as the Covid-19 Bereaved Families for Justice Movement, Boris Johnson announced an independent public inquiry into the government’s handling of the pandemic.

Are these empty words, or can the government’s public inquiry deliver justice and accountability for those worst affected by the pandemic?

Why a public inquiry?

The handling of the pandemic is clearly a matter of significant public interest and concern. This public inquiry must not only provide an opportunity for people in power to ‘learn lessons’: it must also allow those most seriously impacted by Covid-19 to hold the government to account for its role in exacerbating the crisis.

The public inquiry must be fully independent and chaired by a panel with a wide range of experiences and specialisms. It must be given sufficiently broad terms of reference to enable it to consider the full range of decisions taken.

The inquiry must be public with maximum disclosure of documents to core participants. Only through a fully independent investigation into the decisions and actions of the UK government during the pandemic can the executive be held accountable.

PILC and the inquiry

PILC has been active in calling for a public inquiry since the end of the first wave. In July 2020 we sent a detailed letter to the Prime Minister and Home Secretary on behalf of the Law Centres Network. The letter, signed by over 70 civil society organisations, community campaigns and trade unions, demanded an independent, properly resourced and rigorous public inquiry into the government’s handling of the pandemic.

We called on the government to use its powers under s1 Inquiries Act 2005 to announce an immediate inquiry prior to the second wave as well as a longer-term in-depth inquiry.  We called for both the immediate and long-term inquiries to be chaired by a panel representing a wide range of experiences.

At the same time we launched an email campaign urging the government to agree to a public inquiry. Over 600 emails making this demand were sent to Boris Johson and Priti Patel.

On 29 July 2020 we sent a Pre-Action Protocol letter (a first step before legal proceedings are issued) to the UK government, again demanding a public inquiry. On 12 August 2020 we received a response stating that a public inquiry would be announced in due course.

Now that Boris Johnson has announced a public inquiry, legal and social-justice campaigners must turn our collective attention to shaping its terms of reference.

The pandemic has seen a litany of failures on the part of government, with economically and socially marginalised groups disproportionately impacted.

Among other questions, the public inquiry must ascertain the extent to which the government failed to:

The public inquiry must ask all of these questions. Only an independent investigation that amplifies the voices of those worst affected by the government’s actions and omissions will have the potential to offer justice to the many thousands of unnecessary victims of this pandemic.

We will continue to be active in supporting an independent, properly resourced and rigorous public inquiry. Please check back over the coming months for more blog posts, including testimony from precarious workers and others affected by Covid-19 and the UK government’s handling of the pandemic.