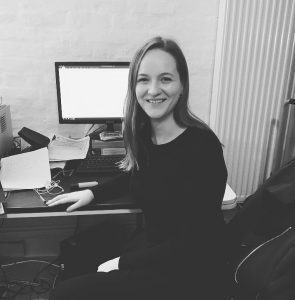 groups whose rights have been infringed by state bodies. She represents clients in a range of matters, including: housing and homelessness, unlawful detention, access to education, and challenges to cuts made by local government.

She is currently working on a research and advocacy project with specialist organisations that support survivors of domestic abuse. Part of that project involves using strategic litigation to help those who suffer domestic abuse and are then systematically excluded by local authorities from urgent accommodation. In 2020, Helen co-led PILC’s legal campaign against the government’s failure to support domestic abuse survivors during Covid-19.

Helen also has experience in pursuing complaints and civil actions against the police and prison authorities and is an accredited police station representative.

During the coronavirus pandemic, Helen has advised and represented clinically vulnerable and clinically extremely vulnerable families around school attendance. Through this work she has won significant concessions from government, leading to the withdrawal of penalty notices and children being reinstated to the school roll.

In 2019 Helen was nominated for Best Legal Aid Newcomer at the Legal Aid Lawyer of the Year Awards.

Helen graduated from Queen Mary University of London, and obtained a Masters in Law at University College London. She completed the LPC at the University of Law before undertaking her training contract at Public Interest Lawyers and qualifying as a solicitor in March 2017 at Tuckers Solicitors.

Gunars Gureckis and others v Secretary of State for the Home Department [2017] EWHC 3298 (Admin) Helen worked with Paul Heron in successfully quashing policy guidance from the Home Office finding that ‘rough sleeping was not an ‘abuse of rights; that the policy discriminated unlawfully against EEA nationals and rough sleepers and the application of the policy involved unlawful ‘systematic verification’ in breach of the express terms of Article 14(2) of the Directive.

R (oao Ademir Castro) v London Borough of Southwark [2018] This proposed judicial review involved a challenge to Southwark Council who had been incorrectly applying the ‘space standard’ test for statutory overcrowding, as contained in the Housing Act 1985. Helen, together with ‘Housing Action Southwark and Lambeth’ (HASL) challenged this unlawful practice. As a result of the challenge, Southwark Council agreed to review all of its previous decisions where the council had failed to apply the correct test.

Mohinder Pal v London Borough of Ealing [2018] EWHC 2154 (Admin) – The High Court ruled that Ealing Council acted unlawfully in its decision to sell Southall Town Hall, an iconic public building in West London and used by community group and charities. The Court found there was no evidence that Ealing Council’s Cabinet had properly considered the social value of the Town Hall, or the potential to sell the asset to the community itself.  Although the Court did not need to formally rule on whether the Council had complied with a legal duty to conduct a proper Equality Impact Assessment – it held it would not hesitate to rule in the Claimant’s favour in that regard.

R (oao Joseph Odunaike) v Student Finance Wales [2018] – This legal challenge was in respect of a refusal to provide our client with student support, notwithstanding the fact that he had indefinite leave to remain and had been lawfully resident in Wales for three years (the criteria for obtaining a student loan in England, after the Supreme Court case of Tigere). We argued that Student Finance Wales had failed to act in accordance with the principles laid down in Tigere, and acted in contravention of both Article 2 Protocol 1 read with Article 14 ECHR. We were later informed that the Welsh Ministers amended the Welsh Education Regulations. Those amendments meant that our client would be eligible for support for the next academic year 2018/2019.

R (oao MSM) v Secretary of State for the Home Department [2019]- The Secretary of State had failed to publish an adequate application process for those who needed to apply for support under paragraph 9 Schedule 10 Immigration Act 2016. Judicial review proceedings were brought on behalf of our client (a Syrian national who would have been eligible for support under that provision). Evidence from Hackney Winter Night Shelter, ASAP, Detention Action, and Bail for Immigration Detainees had been relied upon in support of the case. As a result of the litigation, the Home Office published a policy document providing additional guidance as to how an applicant may apply for accommodation under Para 9 Sch 10.

OA v Secretary of State for Education [2020] EWHC 276 (Admin) – The High Court ruled that a survivor of domestic violence was unlawfully refused a student loan and that the current student finance regulations discriminate against victims of domestic violence. Our client’s ex-partner had withheld her immigration documents. This led to her spousal visa not being renewed in time. Our client ended up being unlawfully in the UK for nearly a year through no fault of her own. She was later granted indefinite leave to remain as a victim of domestic violence. But the gap in ‘lawful residency’ caused by her ex-partner’s abuse led to her being precluded by the current education regulations from obtaining a student loan.

R (oao Embalo, Gonzales, Oyeyemi and Khan) v London Borough of Lambeth [2020] – Together with ‘Housing Action Southwark and Lambeth’ (HASL), Helen brought a legal challenge on behalf of four families affected by the Council’s ‘Temp2Settled’ scheme. Through this Scheme, which was first introduced in 2014, the council encouraged homeless families to withdraw their homelessness applications, and to move into private sector accommodation, by offering them higher priority for social housing. However, this deal actually prevented families from staying on the social housing waiting list at all. As a result of the challenge, Lambeth agreed to amend its policy and reinstate the four families to its housing register. All other applicants who opted for the Scheme and were similarly affected, are also to be reinstated.

R (oao FB) v London Borough of Camden [2021] – This case was brought on behalf of a survivor of domestic abuse who had approached Camden Council for accommodation.  Camden placed her in a mixed-gender hostel, where she was required to share essential facilities with unfamiliar men. Permission was then granted to continue the claim as a policy challenge against the council’s inadequate arrangements for providing women only accommodation to those who had experienced domestic abuse. The High Court approved an agreed order, which provided for a significant award of damages to the Claimant and recorded Camden’s agreement to review its emergency homelessness provision and ‘adult pathway’ programme in light of the issues raised in the case.