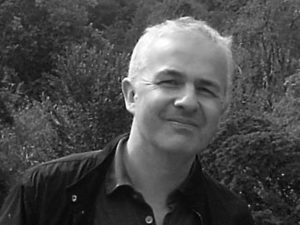 Paul is a lawyer, socialist and activist. He is the senior solicitor and founding member of the Public Interest Law Centre after many years working in the law centres movement.

He specialises in domestic public law work. His cases have not only helped affect real change for his clients, but have had a wider impact with many more people benefiting from his strategic approach to litigation

He has a real passion for using the law as a tool to help affect progressive social change for working-class people.

He is an executive committee member of the Haldane Society of Socialist Lawyers and writes regularly for its print and online publication Socialist Lawyer, as well as The Socialist magazine.

R (Ambrose) v Westminster Council( CO/7671/2010) – Representing the claimant in a judicial review to determine what duties were owed to her and her stepson following their placement in temporary accommodation within another borough while the child still attended a school in Westminster. The case revisited Stewart v Wandsworth, considering the provision of accommodation to those with children of school age outside the Housing Act 1996.

R (on the application of (1) Yonas Admasu Kebede (2) Abiy Admasu Kebede) v Newcastle City Council[2013] EWCA 960 Civ – Paul successfully represented the claimants arguing that s23C (4) (b) and the related provision s24B (2) do in fact cover tuition fees for children in care who have limited or discretionary leave to remain in the UK. The local authority had to reconsider its decision and fund the claimants through higher education. This case helped hundreds of students who had been previously been excluded to go to university.

Hounga v Allen (Anti Slavery International intervening) [2014] UKSC 47 – Paul successfully represented the interveners in this case. Whilst the case hung narrow points regarding illegality and discrimination on the grounds of nationality, the interveners brought in wider issues on a number of points concerning immigration, contract and employment law, establishing that a defence of illegality does not necessarily defeat a claim for discrimination.

Draper v Lincolnshire County Council [2014] EWHC 2388 Paul successfully represented the claimant in this case. The Court agreed that the council had conducted a flawed consultation exercise and failed to consider alternative proposals when cutting library services. The planned cuts in library services proposed by the council were ruled unlawful, saving 15+ libraries across the county.

R (oao Sehwerert) v Entry Clearance Officer & others [2015] EWCA Civ 1141m Paul acted on behalf of the interveners, a group of Labour MP’s from the Campaign Group of Socialist MPs. They intervened in the case of the Cuban Five, who had been convicted in the United States  in June 2001 on charges relating to their activities as intelligence agents for the Cuban government. Serious concerns have been expressed by international human rights organisations about the convictions, sentences and fairness of the trials.  In 2014 a group of UK parliamentarians invited the appellant in this case to meet with them in the Palace of Westminster. The client’s application to enter the UK was refused. The issue in these proceedings was whether the refusal of entry clearance was lawful, particularly given Art.10 of the European Convention on Human Rights. The court overturned the refusal to grant a visa and the applicant was granted entry clearance to speak at a number of Labour and trade union movement events.

R (on the application of Tigere) v Secretary of State for Business, Innovation and Skills [2015] UKSC 57– Paul successfully represented the claimant in this case. The client had discretionary leave to remain in the United Kingdom, but was ineligible for a student loan because of her immigration status. The Court of Appeal’s Civil Division allowed the appeal and found that the defendant, the Secretary of State, had adopted an unlawful ‘bright line’ rule in formulating the ‘basic category’ of eligible students. The case progressed to the Supreme Court, which found in our client’s favour. This was a significant decision with very wide implications: many young people previously held to be ineligible simply because they had the wrong type of lawful residence have benefitted from the overturning of the government’s policy.

Gunars Gureckis and others v Secretary of State for the Home Department [2017] EWHC 3298 (Admin) Paul successfully represented the three claimants in this case. The High Court quashed policy guidance from the Home Office, finding that: rough sleeping was not an ‘abuse of right’; that the policy discriminated unlawfully against EEA nationals and rough sleepers; and the application of the policy involved unlawful ‘systematic verification’ in breach of the express terms of Article 14(2) of the Directive. Paul instructed counsel Stephen Knight, One Pump Court; Shanthi Sivakumaran, Lamb Building; Natalie Csengari of One Pump Court and Marie Demetriou QC, of Brick Court

Mohinder Pal v London Borough of Ealing [2018] EWHC 2154 (Admin) – Paul successfully represented a claimant, preventing the sale of a community asset. The High Court ruled that Ealing Council had acted unlawfully and unreasonably in their decision to sell Southall Town Hall, an iconic public building in West London used by many community group and charities. The Court found there was no evidence that Ealing Council’s Cabinet had even discussed or considered the social value of the Town Hall, and that, against government guidance, the council had failed to consider the option of selling the asset to the community itself.  Although the Court did not formally rule on whether the council had complied with a legal duty to conduct a proper Equality Impact Assessment, it held that it would not have hesitated to rule in the claimant’s favour.

Majuran Sathananthan v Brigadier Primyanka Fernando (Westminster Magistrates Court) (Case no: 1801273043) – 6th December 2019 – Paul represented a private prosecutor in bringing a case against the Sri Lankan diplomat Brigadier Fernando. This culminated in a verdict on 6th December 2019. The Brigadier was found guilty, contrary to s4(1) and (4) Public Order Act 1986, of making throat cutting gestures that caused alarm and distress. As the judge commented, “I have no doubt he intended to cause at the least alarm. They were purposeful gestures, made as the Brigadier was staring at these protesters. The Brigadier was a senior officer in uniform wearing medals. Unlike the other senior officer there, his body language appeared to be arrogant and intimidating. There were three gestures and not just one. In the context of the relationship between Sri Lanka and Tamil Elam protesters he must have known that it would have been alarming at the very least to the protesters who saw him do this…The next issue for the court is whether I can be sure the complainants were caused harassment, alarm or distress. I have no doubt that alarm was caused to all three and that Mr Perera was distressed by what he saw.”

Warren, Tomlinson &  Ors v R. [2021] EWCA Crim 413 – 23 March 2021 – Paul represented Ricky Tomlinson and Arthur Murray in the appealing an historic conviction. Fourteen of the “flying pickets” known as the Shrewsbury 24, including Ricky and Arthur, won their appeals against conviction for picketing during the National Building Strikes of 1972. Paul instructed counsel Piers Marquis and Annabel Timan of Doughty St. Chambers. (Read the reports from Doughty St. Chambers here and the report from the Public Interest Law Centre here. Our Grounds in the Appeal can be found here.)

Paul is instructed by a number of people and groups granted Core Participant status at the Undercover Policing Inquiry, including:

Unite the Union Inquiry into Blacklisting

In 2022 Paul was instructed by Unite to assist in their  inquiry into allegations that union officials colluded with the Consulting Association and construction industry bosses in blacklisting.