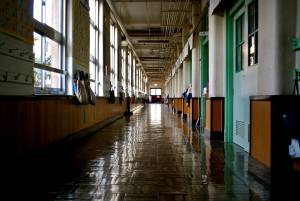 After requests from parents and campaigners, we are publishing the government’s response to our pre-action letter.

We have had a brilliant response to the briefing note on school attendance for vulnerable households during Covid-19, which we published on Tuesday.

The response makes clear that many parents, schools and local authorities were unaware that there was any local discretion in these sorts of cases.

We have therefore decided to publish the government’s response to our pre-action letter. We hope this will help vulnerable households when liaising with schools and local authorities.

The full response can be read and downloaded here. Parts have been redacted for confidentiality reasons.

What does the government’s response mean?

There are two parts to the letter.

Pages 2-3 of the letter restate the government’s guidance on infection control (i.e. the steps that schools should be taking) and school attendance during Covid-19. The Secretary of State restates his expectation that children should attend school even if parents are shielding/vulnerable.

The response seeks to justify that view by reference to medical evidence and guidance published by the Department of Health and Social Care and Public Health England.

Part 2: The Government makes clear that, contrary to the published guidance, authorising absence during Covid-19 is a matter of local discretion

This is a really important concession. Previously it was believed there was no flexibility or room for local discretion in this area.

Pages 4-5 of the letter make clear that:

What can CV and CEV parents do?

The headteacher or local authority may, of course, decide not to exercise discretion in your case and may refuse to authorise your child’s absence. If that happens, their decision may be open to legal challenge.

What are we doing now?

The government is continuing to defending its current guidance, which states that vulnerable parents should still send their children to school. It has failed to make clear that schools and local authorities have discretion.

We will now be pushing the government to:

We will continue to provide updates about our legal challenge.

Thank you very much for all your support!