In September, PILC and HASL together with 30+ local community groups wrote an open letter to Southwark council about the culture of blame and refusal faced by families in overcrowded housing trying to access support from the council. We highlighted how the council’s actions are targeting low-income families from BAME and migrant backgrounds.

But Southwark council’s response to our open letter continues to blame families in overcrowded housing saying it is a ‘choice’, suggesting other areas of the country where they could live instead, accusing them of trying to ‘exploit’ the waiting list, and refusing to engage with the reasonable suggestions we made.

Please help us put pressure on Southwark council by joining our email campaign letting them know that this approach towards some of their most vulnerable and overcrowded residents is totally unacceptable and calling on them to remove the ‘deliberate act’ term from their policy. Emails will be sent to Leader of Southwark Council, Kieron Williams, and Strategic Director of Housing, Michael Scorer. You can join the campaign by filling in the form at the bottom of this page.

The council is ignoring the real causes of the housing crisis – high private rents, benefit cuts and a shortage of council homes – as well as the structural barriers that working class, migrant and BAME households face when trying to access housing.

We have helped to overturn numerous unfair decisions in individual cases but these families should never have been blamed for overcrowding in the first place, and many families are still facing gatekeeping and harmful decision-making by the council. One HASL family’s case against their ‘deliberate act’ decision will be heard in the Court of Appeal on Thursday 10th December.

The council has failed to engage with us to help improve its policy and support families who are living in severely overcrowded conditions.

Join our email action against Southwark council’s unfair and harmful treatment of families in overcrowded housing. 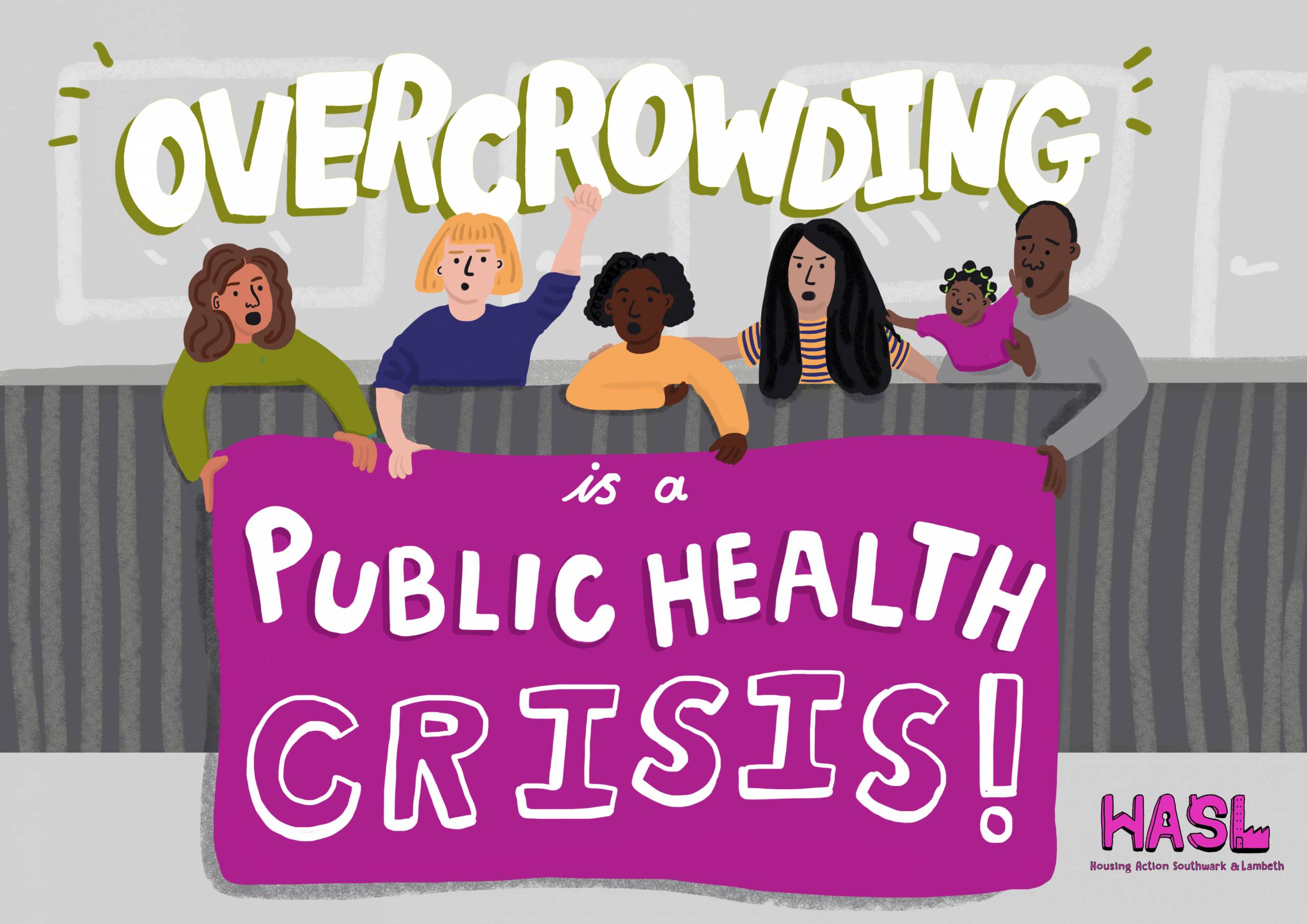 Please fill in the form. When you press send it will be automatically forwarded to London Borough of Southwark.

You may amend the text to include your own comments before pressing send.