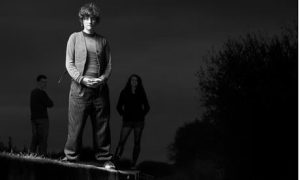 The Public Interest Law Centre launched Judicial Review proceedings (alongside legal colleagues in Scotland) against both the Home Office and the Scottish Government in respect of the failure to inquire into undercover policing operations in Scotland.

On 14 September 2017, Lord Brailsford of Edinburgh’s Court of Session agreed to grant permission for a full judicial review hearing to take place. The full hearing took place on 19th July 2018 where we argued that UK Government acted unlawfully in refusing to extend the terms of reference of the Inquiry to include Scotland, and separately but simultaneously, the decision of the Scottish Government to refuse to set up an Inquiry of its own.

Sadly a decision issued in late 2018 the Court of Session ruled that in refusing to extend the undercover policing inquiry to Scotland, neither the UK nor the Scottish government had acted unlawfully. We are in the process of appealing this.

In March 2015, Theresa May, then Home Secretary, announced her intention to set up an Inquiry into undercover policing. This announcement followed revelations that police officers, as early as 1968, had spied on political campaigners and had used the names of dead children to create their identities. The officers, part of the ‘National Public Order Intelligence Unit’ (NPOIU) and Metropolitan Police Service’s ‘Special Demonstration Squad’ (SDS), had deceived women into forming long-term intimate relationships and had fathered children, they had befriended grieving families, including the parents of Stephen Lawrence, and had acted as agents provocateurs.

The undercover police operations under scrutiny by the Inquiry are limited to those conducted in England and Wales. However, much evidence has come to light demonstrating that the Metropolitan Police’s SDS had in fact operated in Scotland, and possibly without the permission of the Scottish authorities.

During the G8 Summit at Gleneagles in 2005, the Metropolitan Police sent undercover police officers into Scotland to spy on activists, amongst these officers was known undercover officer Mark Kennedy, who had, between 2003 and 2010, infiltrated numerous campaign groups and had formed intimate relationships with women. Undercover officer Carlo Neri targeted a woman known publicly as ‘Andrea’, and had been welcomed into her Scottish family.

Tilly Gifford, environmental justice campaigner and member of Plane Stupid, had also been targeted by police officers in Scotland, and in 2009, officers had attempted to recruit her as an informant. Referred to as an on-going “business arrangement”, Tilly was asked to betray her friends, beliefs and the communities in Scotland that she had been campaigning to protect. In the course of three meetings, police officers had indicated that they would give Tilly cash payments in exchange for information, and threatened her with prison should she fail to cooperate. Tilly recorded these exchanges and exposed the Police and their tactics in the media. The identities of these officers remain unknown, and it is unclear who had made the decision to target Tilly and on what basis.

As is the case for all activists who may have been spied on in Scotland, the answers to these questions fall outside the Inquiry’s remit which is limited to England and Wales.

We are appealing the decison of the Court of Session and we hope that either the current Inquiry will be extended north of the border, or the Scottish government organises its own separate, independent and transparent public inquiry into undercover political policing in Scotland.